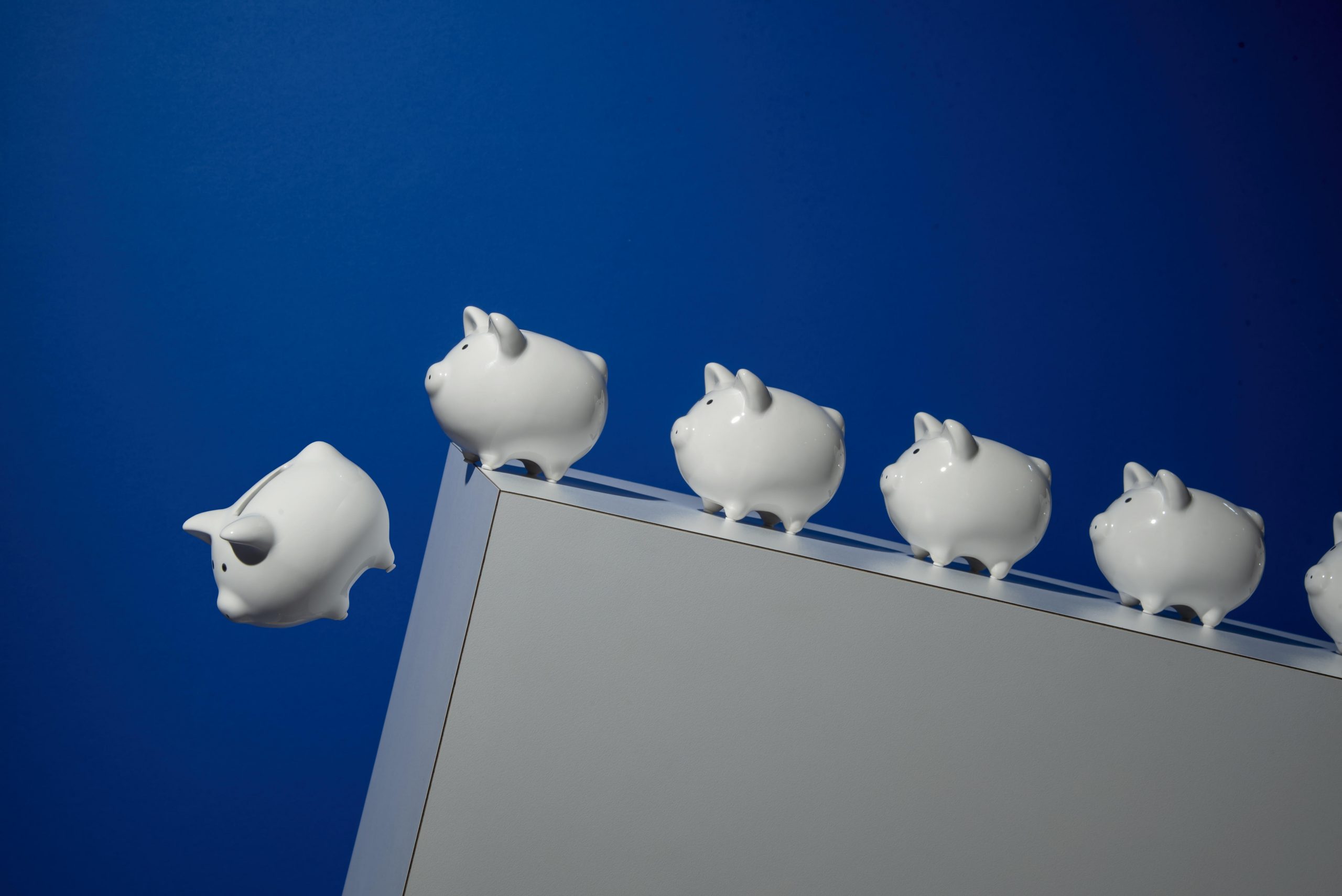 Economies tend to fluctuate – they go through cycles of expansion and decline.

Recessions might seem to be tough times to start a business. After all,  it is a time of decline: the economic activity decreases, fewer goods are produced, there is less demand for services, layoffs and unemployment grow.

And did you know that about 70 % of businesses fail every year? And that’s during “normal” times! It seems like it is way more challenging to start a business during a recession.

Despite conventional wisdom, recessions and depressions create opportunities for new businesses and entrepreneurs.

Here are a number of well know companies that got started during economic hardship:

It is behind a number of household name products like Ariel, Head & Shoulders, Pantene, Tide, and many more. P&G has a record of doing well through recessions and depressions, continuing to spend on advertising during tough times when others cut back.

It has worked as they have created an empire dominating the beauty, healthcare, and household care market.

IBM started out with punch card machines in the midst of a lingering depression. When the Great Depression hit, IBM hired new employees, continued growing operations, and building inventory.

Initially christened as Tabulating Machine Company, it grew as International Business Machine becoming, at one time, the 4th largest technology company and the 2nd most valuable brand in the world.

Famed American inventor Thomas Edison founded the company by aligning many of his interests under Edison General Electric. Later in 1892, it merged with Thomson-Housten Company and as a result, General Electric was formed.

It has come a long way and is excelling in infrastructure, media, finance, healthcare, information and entertainment, and environmental technologies.

General Motors started as a holding company of Buick. The founder William Durant saw the opportunity when everyone else was frozen in fear of the economic downturn. He proceeded to buy small car builders and eventually General Motors created history as the undisputed leader in automobile manufacturing from 1931 to 2008.

Unfortunately, the company lost it’s strong routes and became more focused on financial wizardry than making cars, which ultimately led to its downturn which was made famous when it was bailed out by the U.S government in 2008.

Founded: In 1929, amid the Great Depression

Founded as the United Aircraft and Transport Corporation, it was renamed to United Technologies Corporation in 1975. Its business units consist of Carrier, Hamilton Sundstrand, Otis, Pratt & Whitney, Sikorsky Aircraft, UTC Fire & Security and UTC Power. It’s the largest conglomerate in the United States and a major military contractor.

The idea for FedEx came from an assignment Frederick Smith wrote while an undergraduate at Yale about how the mail delivery companies of the day were inefficiently using the passenger air routes for package delivery. Originally called FDX Corp., it became FedEx Corp. in January 1998 with the acquisition of Caliber System Inc.

Hyatt Hotels Corporation opened its first hotel’s doors at the Los Angeles International Airport during the Eisenhower recession (1957 to 1958).

It came into limelight after opening the Hyatt Regency Atlanta, the world’s first atrium hotel. Starting from buying the Hyatt House it grew into major Hotels chains around the world.

International House of Pancakes is another star from the Eisenhower recession. The first IHOP restaurant opened in 1958 in Toluca Lake, California. The chain has almost 1500 restaurants in all the 50 states of The United States serving more than 700m pancakes every year.

Microsoft Corporation wasn’t always the jaw-dropping enterprise it is today. In 1975, amidst a period of long economic uncertainty, it was created by Harvard University dropout Bill Gates, the computer industry scenario was totally different. However, Microsoft set the ball rolling by licensing MS-Dos to IBM.

CNN might be a news giant now, but in recession-plagued 1980, it was a little-known station called The Cable Network News founded by Ted Turner. With its launch on 1st June 1980, it has expanded to 42 bureaus around the world with more than 900 affiliates. CNN raised to fame after the coverage of the Gulf War.

MTV brought something new and different to the music scene when it debuted in the economic slump of 1981. MTV was established by Warner Amex Satellite Entertainment Company (WASEC) after extensive marketing research. The channel confirms the concept of cable niche programming and has become a symbol of youth culture. MTV has been around controversies for a long time but it has changed the way music is marketed.

The first issue of Sports Illustrated magazine was launched on August 16, 1954, at the tail-end of a recession. For the first 12 years, it didn’t make a profit. Though the start for Sports Illustrated was not very smooth, it held its ground and today has more than 3million subscribers. Sports Illustrated is known for many innovations in the sports magazine world including the liberal use of color photographs.

Founded by Bill Hewlett and Dave Packard, Hewlett-Packard was inauspiciously born in a Palo Alto garage at the end of the Great Depression. Initial years were not very fruitful, but HP grew as a major brand in providing computer systems, peripherals, software, IT consulting & services. Their first product was an audio oscillator and one of their first customers was Walt Disney. Disney used the oscillator to test audio equipment in the 12 specially equipped theaters showing Fantasia in 1940

The bursting of the internet bubble damaged companies throughout the online industry as we entered the new Millenium. However, many companies that were very young at the time powered through to continue success many years later. These include Google, Travelocity, PayPal, eBay, Amazon, and Priceline. Even Skype which was founded in 2003 during the aftermath of the dot-com boom at a very difficult time for online start-ups, managed to grow rapidly.

Early in the economic plummet that started after stocks topped in 2007, many existing and relatively new players in the online industry continued to be successful. The online sector suffered a lot less than other industries partly because any malinvestment had been significantly reduced in the dot-com bubble aftermath. Investors in online companies have been more sensible as a result of the earlier troubles for internet companies.

While many online companies will no doubt struggle with a strife economy, there will still be plenty of opportunities in this still young and evolving industry. The shake-up provided by economic uncertainty will no doubt open new doors for the savvy entrepreneur.

Make The Right Moves To Navigate the Covid-19 Chaos

The lesson is clear, dozens of startup companies thrived during the economic chaos of their day and many will during the Coronavirus downturn.

Thousands of businesses will fail, but if you want your business keep your business alive, to prosper, and to even turn a profit in this economy, note that recession proofing requires a new way of thinking.

You can no longer actively plan for prosperity without simulateneously planning for a recession.

When the global economy becomes volatile, it is wise to take the next steps to protet yourself so that you do not find youself financially worse off compared to your situation before the coronavirus pandemic.

Due to the coronavirus pandemic, nowadays we also observe a shaky economy. Luckily, there are measure you can take to protect yourself and secure your financial security and income if the going gets tough.

AmpiFire can provide you with the winning formula for success even during a recession.

Of course, there is no easy road to success in business, ask any entrepreneur. Your own success will depend on how you embrace this business model and use it for your own benefit. Be diligent, put effort and you won’t go far wrong.

If you have found yourself at a dead end, don’t despair. If you have been laid off, or if you have been made to close your business … get your creative juices going with our Covid-19 Crash Survival Report. Economic downturn and failure are natural, so focus on bouncing back well. You can let go of your money fears and pick up the tools to take charge of your finances.

Seek out a strong network of friends and like-minded people online to help grow your business. Their support can come handy when facing challenges.

If you are looking for new opportunities, the AmpiFire system can provide you with the tools you need to establish a recession-proof business of your own.

It can help you protect yourself from unexpected setbacks and boost your financial security.

And let’s hope that many of you will follow in the footsteps of some of the greatest companies of all time.