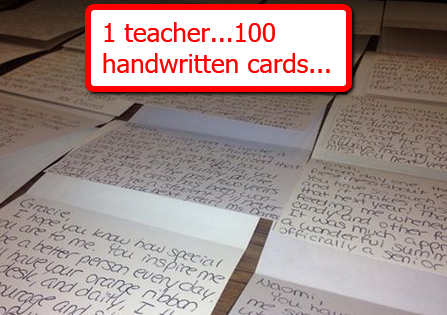 The Magic Of Appreciation in Business & Sales

Teacher Brittni Darras was deeply shaken at a parent teacher night when a parent told her one of her students had been absent for an extended period because she’d tried to take her own life.

The student was in the act of committing suicide when police got a Safe 2 Tell report. They broke in and saved her.

The teacher, upon hearing this, asked if she could write a letter to the student.

When the student received the letter she cried saying “How could somebody say such nice things about me? I didn’t think anybody would miss me if I was gone.”

Teacher telling kids what she likes about them

Brittni Davis realized many more of her students might be close to committing suicide so over the next 2 months she wrote them all cards telling each of them what was special about them.

She hand wrote every card…so every student would know she was genuine when she said they were special.

My guess is that most of those students would hold on to those cards for the rest of their lives.

Because in our fast paced world people who show us genuine appreciation are rare.

And the people who do show us appreciation hold a special place in our hearts for a long, long time.

People are so desperate for a show of acceptance and appreciation in our society that the giving people free hugs without any strings attached became a global movement. 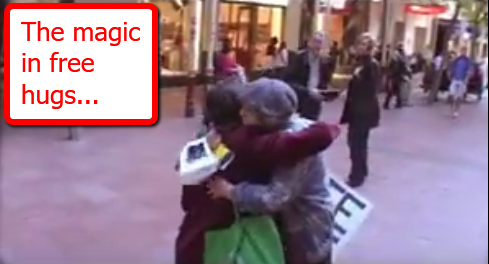 Show Appreciation To Everyone You Come In Contact With…

There’s a magic in showing appreciation to your family, friends, associates and the people you come into contact with every day.

First you lift their spirits…maybe just a little, maybe a lot.

They’ll also like you more and be happier to see you and be around you.

That makes life more pleasant and fulfilling for you and for them. 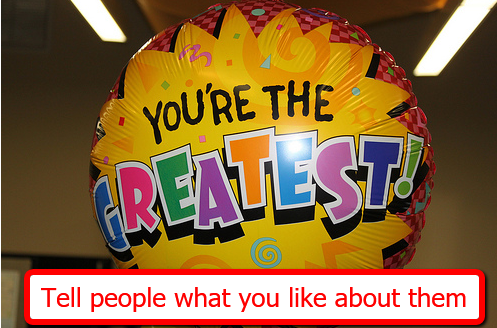 And you’ll also feel better about yourself and your life because the one thing you can always take control of in your life is how you interact with other people.

There’s some real magic in that.

And there’s also some real power.

If you don’t believe me just try handwriting and mailing a thank you note to one different person every day for the next 7 days and see what happens.

Selling automobiles is a tough job.

And in his time Joe Girard was as good as they come.

Joe sold so many automobiles he was entered into the Guinness Book Of World Records as the greatest selling retail salesman in the world.

But Joe had a secret that very few people are aware of.

He used to send out cards to everyone he came into contact with.

At his peak he was sending over 13,000 cards every month. 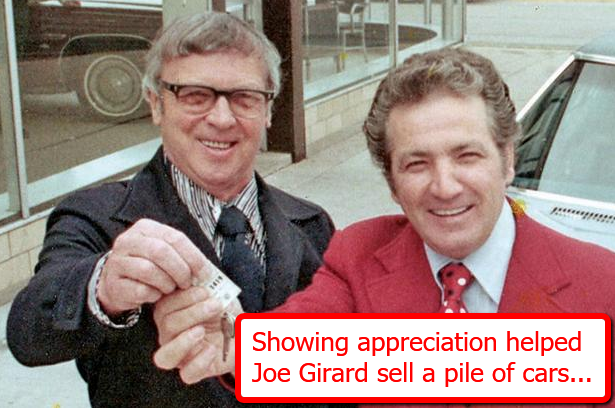 Joe worked out that in sales showing people genuine appreciation is an incredibly effective way to build relationships.

And when you build relationships you dramatically increase the chances someone will buy from you.

Joe Girard was averaging 72 retail car sales every month…that’s a lot of cars!

Getting The Appreciation Habit…

In life and in business the people who are saying thank you and showing appreciation to others have more fun, have more fulfilling relationships, build more valuable business contacts and more customers.

So getting in the habit of showing appreciation by email, by mail, on social media sites like Facebook, when you meet people in person…that can make a huge difference in every area of your life. 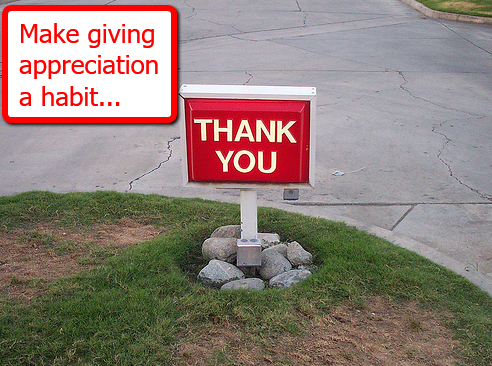