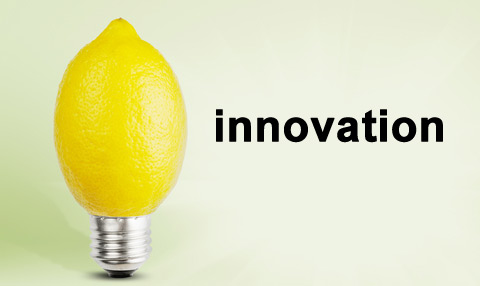 Innovation in any industry is key to success. It is hard, if not impossible, to be successful doing the exact same thing as your competitors.

So you must innovate. The question is…

How much do you innovate?

The more you innovate the more risk you take. You are much more likely to be successful changing one or two small key ingredients to give your unique hook (USP) than to try and mix things up entirely.

Essentially you take the fundamentals which work, and innovate in a few key areas.

The problem is that MOST people start out innovating with EVERYTHING, and apply NO fundamentals because they are obsessed with being different, and think that different is better.

When an entrepreneur starts out, the safest route to making money is to massively limit innovation, and simply copy the fundamentals and change the minimum possible to give yourself a USP (which is a fundamental in itself).

After doing that you learn a huge amount, and as you grow can make much braver decisions to innovate and experiment – and your bottom line can cope.

For example, I in my own business I start out applying strategies that are common among the best in the business.  The only thing different being a few small unique hooks.

Facebook for example was not as innovative as you think. Social profiles and photo sharing, the crux of early Facebook, were already common. The main unique spin was to connect those already successful ideas and apply it to people in colleges.

The coding, the marketing, the funding strategy, the design etc. were all based on proven ideas that already existed in the marketplace, apart from a few tiny twists.

The ultimate lesson is this…

Recognize your position in the market. If you are not already a market leader, aggressive innovation is a BAD IDEA in 99% of cases if making money is your primary goal. Limit your innovation and focus on copying what works, and innovate just enough to give you a strong USP.

Your EGO is Your Enemy…

People are attached to over innovation because of EGO! The need to be an individual and the desire to be unique makes you want to innovate as much as possible.

Aspiring musicians want to create a new genre of music. Many musicians face a feeling of depression when they realize their chord structure was the same as used by Bach (or some other great musician) hundreds of years ago. Their music is based far more on fundamentals than any innovation.

The most successful musicians actually stick way more to the fundamentals than the unsuccessful ones, with only a few subtle changes in style, and build on the successful styles, licks and musical structures of their predecessors.

The need to feel that you are right and better than others (alpha) drives you to overly attach yourself to any unique idea, and pursue that idea over copying someone else. It is part of the human desire to give yourself an identity.

Nobody wants to be ‘just another x’, whether x be a musician, salesman, teacher or professor. Yet anybody who is anybody in any profession built themselves up on the proven fundamentals provided by others. Not from innovating from the start.

Admit you are wrong…

The fear of admitting your are wrong, and that other people’s ideas are better than yours, and always were, stops people from abandoning their unique (but wrong) ideas and innovations.

As humans we are sucked into being innovative to stand out and get attention. Yet this leads us to failure.

We are too proud to believe that everyone else is right, and that we are wrong.

Don’t let your ego feed undue innovation, and recognize the long time proven fundamentals of others.

The focus on innovation always makes headlines, but you will never see how much any successful company copied from others, which will actually make up the bulk of the whole of their business. Innovation is usually way more isolated than you think.

As always the mainstream thinking is the opposite to reality.

The bulk of effective advertising used today was already known and used back in 1930s, (read “scientific advertising” published in 1923 as an example of split testing being used nearly 100 years ago). Sales tactics that were established in the early 1900s make up the fundamentals of what we use today (see ‘how to win friends and influence people‘).

Very little has fundamentally changed, and it rarely does.

Fundamentally proven formulas run the business world. Innovations in the grand scheme of the business are small, and often not innovations but fancy spins on something that has been fundamental for a long time. Often they are just technical advances, which is where most innovation takes place.

Next time you think you need to innovate, question whether your business has mastered the basics first.