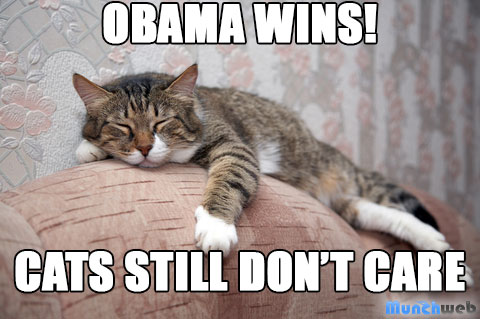 Will OBAMA Destroy Your Online Business?

The U.S. Election captured the attention of people across the globe, sparking intense emotion and debate.

Strong arguments on both sides claimed disaster in the economy should one opponent win.

Fear and uncertainty on our future plagued the news airwaves.

When I heard the result of the election I sat in a room with 10 other entrepreneurs, and the net worth in that room was well in excess of $100 million.

I was one of the small guys soaking up incredible information.

As we excitedly plowed through incredibly revealing discussions on media buys, affiliate marketing, sales funnels, branding and more, the successful entrepreneur to the right of me received a text message…

The eyes in the room looked over for a second…

Each person took about 1 second to process that information…

Not one person made a single comment, not a sigh of relief, nor a subdued grunt.

For that single second there was no emotion, not a slither of curiosity.

Nobody in that room had any emotional attachment to who won the election.

The conversation continued right where it left off…

The topic of the election never propped up again.

It’s not that the result didn’t effect each and every one of us in some way.

It wasn’t that we were too engrossed in the astounding revelations and shocking stories of the talented entrepreneurs in the room.

It was something else…

Here’s why our reaction was emotionless…

We all had our favorite candidates and political ideologies.

Deep down we all shared a passionate viewpoint on how a country should be run, and how the world could be made better.

But we ultimately had no control over who won the election…

Instead we all shared an unspoken knowledge that our biggest influence was from our own actions, not from our reactions to something we each had a tiny negligible effect on.

How does Obama effect you?

70% of the people in that room built themselves up from nothing.

Each with inspiring stories of leaving poverty, hated jobs and incredible loss behind them.

My story of starting my business on unemployment checks and instant noodles looked easy in comparison.

The reality is the government will enforce many things on you, good or bad, which are ultimately outside your control.

But we can all push forward, learn more, and drive to success.

Whether you want to quit your job, make an extra $300/day, outsource your business, or just impact the world in your own way, you can make it happen.

I am incredibly pumped to continue to share my experiences and discoveries in starting an online business, and growing passive profits on the internet.