How to Sell Using the King’s Rule

Do you ever have to sell to clients or customers? Or affiliates? Or partners?

Perhaps you’re working within an organization and have to ‘sell’ something to a colleague, or a manager, or a team…

It could be a product, a service, or an idea.

If so, when was the last time you took a look at your sales approach and its effectiveness?

When you run your ‘pitch’, how relevant is it to the needs, expectations, and behaviors of who you’re talking to? Or even the modern day consumer at large?

And ultimately… are you just looking for a way to sell more awesomely?

Read on and you’ll discover: 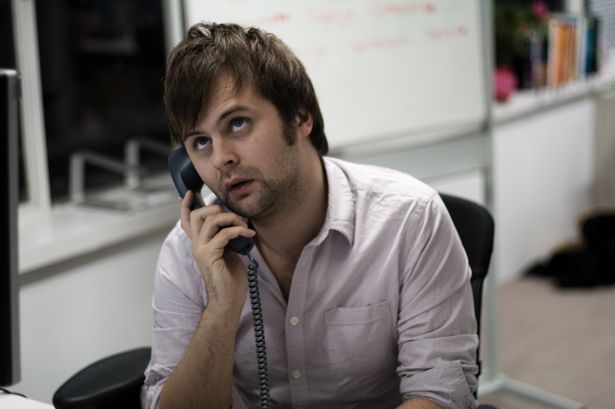 In order to make a sale, trust must be established.

Yet many marketers, business owners and salespeople who are trying to engage target customers and drive them to a specific action (e.g. a sale) still rely on traditional old-style selling tactics, which no longer work.

Except if you count ‘working against you’.

Want to know how to kill trust instantly? Say this…

“Hi, my name is Chris from Business Corp, how are you today?”

Imagine picking up the phone and hearing that. Makes your stomach tighten, doesn’t it?

The reason is simple… it’s the same script every telesales agent, every salesman, every door to door hopeful has followed for the past 50 years or more.

On a cerebral level – it literally says “I am a salesman and I’m here to manipulate you, be on your guard” 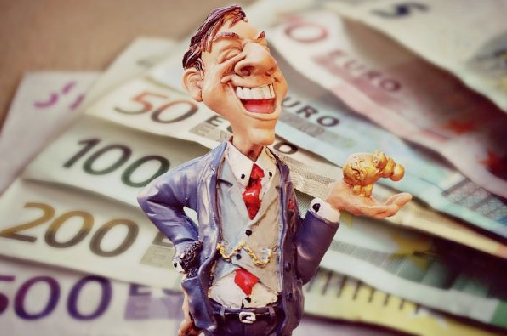 In many cases, that’s not even an exaggeration – it’s exactly how people think and feel.

Assuming the prospect needs to be “sold”, the ‘Salesmen of Old’ follow traditional sales techniques: blindly walking their potential customers through a procedural process.

Do you recognize that pattern or something like it? 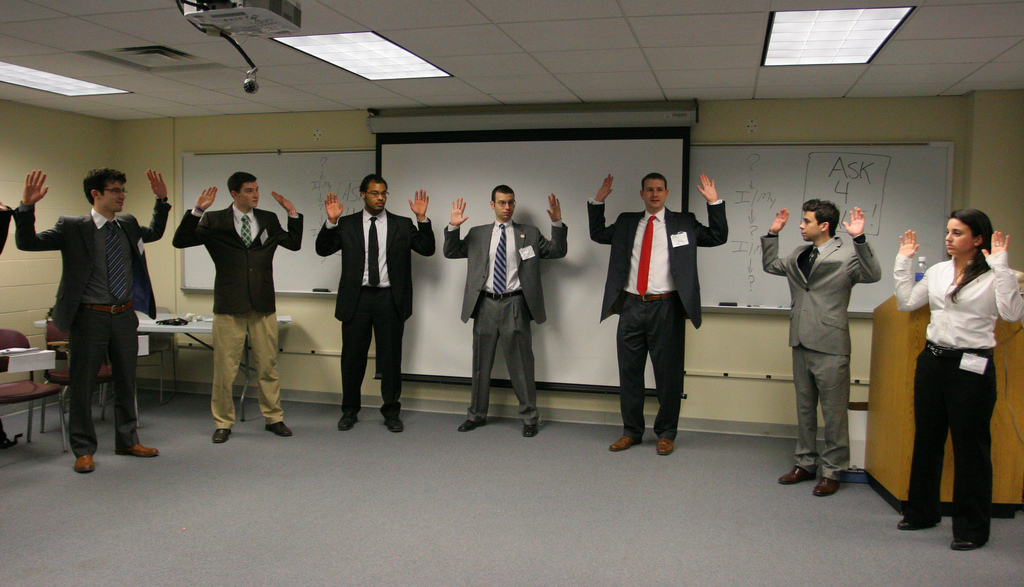 Many salespeople use these methods and recite specific scripts and “killer closing techniques” from scenarios they’ve been taught, studied and perhaps even attended seminars to learn…

But it just doesn’t work well anymore. People don’t trust that language. They’re savvy enough now to know when they’re being led down a garden path and being manipulated.

“Stranger Danger!” And The Role Of The Salesman In The ‘Post-Trust’ Era… 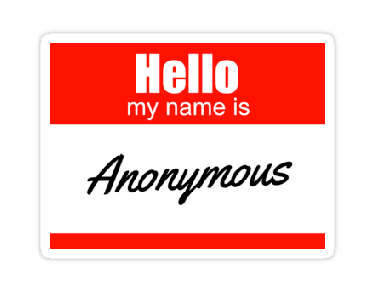 Consumers now have access to more information than ever before. They have valuable resources at their disposal, to easily search for and find the information they need.

The role of the salesman used to be that of the guy who holds specialist knowledge:

Today, people just do a Google Search. Maybe read some articles. Maybe ask in some forums.

Or they’ll just pick the thing with the highest 5-Star Review Rating.

The role of ‘The Salesman’ has changed. People know this, they feel it and it affects the way they make buying decisions.

Salesmen, for the most part, still haven’t figured this out. But that’s not even the worst of it… 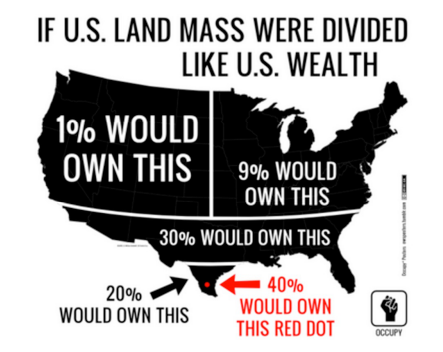 The disparity of wealth, power, and influence has never been greater and stories are spread daily and go viral instantly. It’s easy to see why people might have a hard time trusting.

In an age where:

People are finding it hard to trust.

They also flock to the internet to complain about exactly this point. They share their rage and frustration and often discover new reasons to be outraged in the process.

There is a general cloud of mistrust on a macro scale. And it trickles down. It’s not just banks and governments and mega-corporations people don’t trust anymore… it affects every ‘person to person’ interaction…

For example; 50 years ago, talking to a stranger wasn’t such a bad thing.

Neither was talking to a salesman.

Nowadays… talking to a stranger or a salesman is akin to hugging a murderous clown. You just don’t do it.

People have read all the stories about “Stranger Danger”, rip off merchants and scam artists. It’s become part of mainstream culture and forms the plot of many TV shows and movies.

And so when you start the conversation sounding like a salesman, the resistance goes way up.

Today’s sales techniques are modeled on what worked when people’s trust was given by default.

That’s no longer the case. 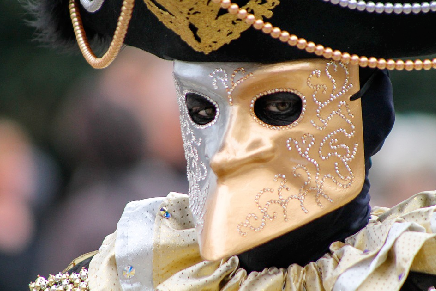 The willingness of people to trust a stranger is at an all-time low and that’s not going to change for decades at least, if ever. We’re in what has now been coined ‘The Post-Trust Era’.

That’s not even to mention how a person’s attention span is now virtually non-existent.

The salesman no longer enjoys the captive attention of his potential customers.

Even if he were somehow able to ‘not’ kill trust from the outset, the consumer’s time is so valuable if he doesn’t win their interest within the first few seconds, he’ll lose their attention and the door will slam, the phone will click (or beep)… or the email will get deleted.

First of all… Don’t ever start a conversation like “a salesman” does again.

In fact, make a conscious attempt to never sound like a salesman ever again, ever.

People know that game and they don’t play it. It bugs them. They put their guard up. They stop feeling like they can trust you. Worse, they start looking for reasons to be SURE they can’t!

Second… forget any commitment to following “Process X, Y, Z” type techniques – as these will fail 9.9 times out of 10.

They go into every conversation ASSUMING the person they’re speaking to needs what they’re selling… and even when it seems like that’s not the case, they keep trying to sell anyway! 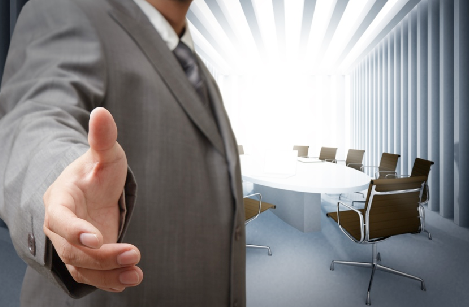 Switch your focus to creating a good first impression and aim to develop a personal relationship with your prospect. Become a trusted problem-solver.

Begin by showing them your only interest is helping them solve a specific problem, IF that problem exists for them – and if that problem doesn’t need solving, ok! Thank you and good day…

Make an effort to identify the SPECIFIC problems and opportunities the prospect may be dealing with and ONLY if it feels like it might result in a ‘win-win’ situation… only then do you offer up a solution and an offer with real clear value.

Don’t lead with a presentation of your offer.

How do you find out what they need?

Simple. Ask questions and LISTEN to their answers.

In a broader sense, you can take the time to listen to the conversations happening within your niche or industry and identify the main topics, trends, and issues. You can better understand your prospects and be better equipped to empathize with them as they relate to you their challenges.

But DON’T assume they face the same problems everyone else is. Or that they have a problem at all. Just ask, and listen. Be a pal.

Building Trust In The Post-Trust Era… 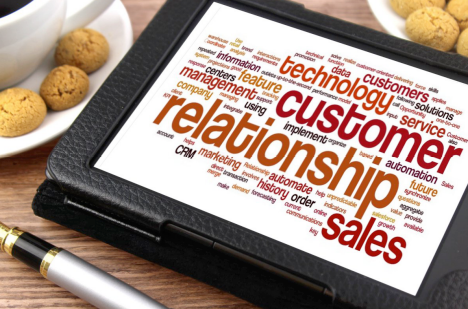 Relationships with your clients and prospects aren’t pieces of data; they’re living, breathing, organic connections… and you would be wise to remember this if you want to sell more.

Nope. The “Trusted Adviser” is now Google and online reviews.

Your role is now as the “Trusted Problem-Solver”.

Building Trust in the “Post-Trust Era” is quite simple

You could really boil it all down to; just have a human conversation with them.

Sure there are going to be certain tactics you can employ to be more persuasive… just don’t let that word ‘persuasion’ get you thinking along the lines of trickery and manipulation.

As a professional ‘problem-solver’ your victory comes when you can deliver a solution to a problem the other party is suffering from.

“The King’s Rule” And Removing Your Fear Of Selling… 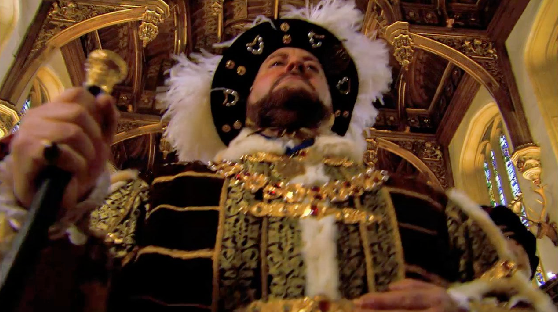 At PressCable and within our own agency where we grow local businesses by double or triple within a few months of working with them… we sell by using what we call “The King’s Rule”.

This was born after noticing there is a certain attitude a person can take that immediately gets attention and gets rid of that ‘sales pressure’.

NOTE: In the information age, for this, or any sales approach to work, your offer has to be authentically valuable and desirable. That means effort has to have been made, to make the offer ‘good’. You still need that all-important social proof. Their inevitable Google search should always work in your favor!

Thinking you can get “so good at sales you can sell ice to an Eskimo” is already a mistake. Your ego is too involved and you’re completely missing the point. You’re making it about you.

With a good offer that genuinely helps your target audience out, “The King’s Rule” will serve you well.

In a nutshell, “The King’s Rule” puts you in a position where the client is hoping you will let them buy what you’re offering.

So it’s just a matter of finding those who a) need, and b) deserve what you have to offer. 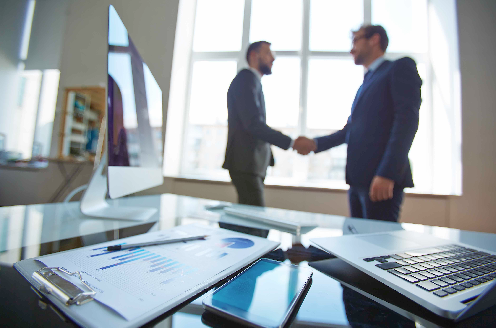 The winning perspective behind successful selling in the Post-Trust Era: “People buy from people they trust to solve their problems…”

Most people are afraid of ‘selling’ because they KNOW salespeople aren’t generally trusted. They KNOW the conversation if going to feel like a battle.

They think of themselves AS A SALESMAN, desperate to show off all those cool features and benefits, so they can hit their targets and make a commission…

And they know most people want to avoid them like a leper.

On the other hand… think of yourself as a benevolent King, don’t assume anything, and become a professional ‘problem-solver’ and it changes everything. It completely flips the script.

If you’re used to “The Old Ways of Selling”… this will feel much, much better.

Do this and you will sell more awesomely.